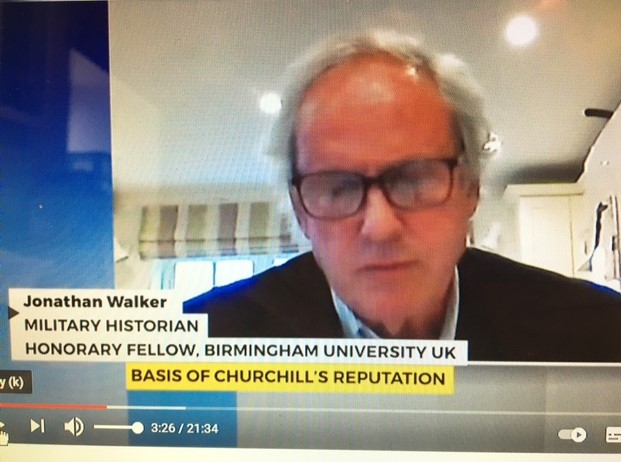 This spring, Jonathan was interviewed for two programmes on Polish television. In the first episode Jan Darasz discussed with him the heated debate on Churchill’s reputation. Jonathan defended Churchill’s role during WWII as well as the premier’s record on the handling of Britain’s empire policies. He reminded viewers that Churchill was a man of his time and his views on race were shared by most of his fellow politicians. Judging the performance of historical figures by current morality is unhelpful and Jonathan stressed that Churchill’s very defiance of Hitler and totalitarianism enabled free speech to continue – a freedom enjoyed by those who denigrate his reputation today.

In a second programme Jonathan discussed the role of the Special Operations Executive (SOE) during WWII. Drawing on his research for his book Poland Alone, he examined the extent to which SOE was able to help the Polish Underground.

A visit to the house of the equestrian painter and sculptor, Edward Munnings is a…