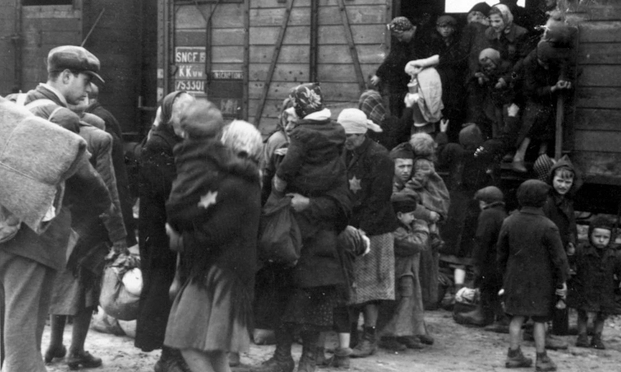 In the week of Holocaust Memorial Day 2018, Jonathan delivered his illustrated talk Holocaust: What the Allies Knew at the Polish Hearth Club in London. Over 120 guests, including Holocaust survivors, heard the tragic story of how the genocide unfolded and how officials in Britain and the US gradually received intelligence about the killings. Jonathan explored the options open to the Allies to end, or at least reduce the scale of the Holocaust. Reports from escaped prisoners, Polish couriers and members of the Polish Resistance failed to prompt sufficient action from the Allies who were diverting all resources to a final victory over the Nazis. However, British officials continued to be sceptical about the intelligence and failed to act. In concluding, he stressed that the younger generation in Germany today were having to address the fact that not all crimes were committed by the SS. Thousands of ordinary soldiers in the Wehrmacht, transport officials and civil servants had also played a part in the massacres. With the benefit of greater knowledge about the true intent of the Nazis, we have no excuses today about ignoring genocide.

In a lively question and answer session that followed, the issue was raised about the practical steps the Allies could have taken. Jonathan concluded that the most effective measures could have been taken in the 1930s, when both Britain and the US could have allowed in more Jewish refugees. He added that both countries allowed their worries about unemployment and their failing economies to cloud their judgement.

Jonathan gave his talk under the auspices of the Women in War group, run by Celia Lee and Paul Strong. Defence writer, Georgina Natzio chaired the evening. The Polish Club kindly hosted the event.

Contribution to new book on Aden

Following on from his contribution to a recent conference on Aden and Yemen, held at…