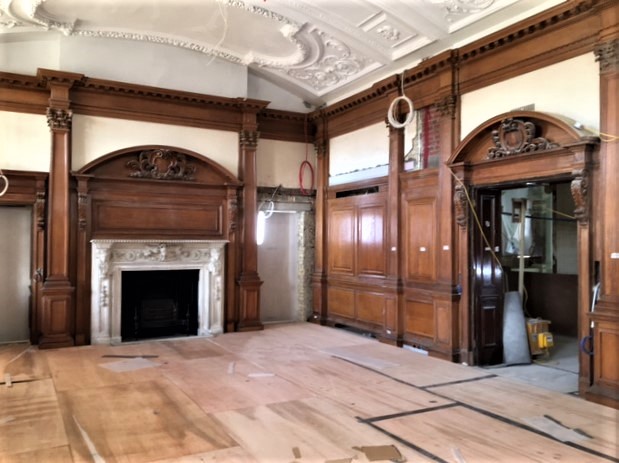 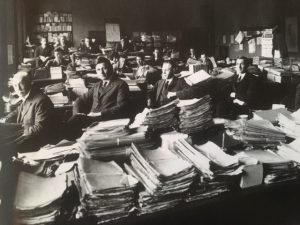 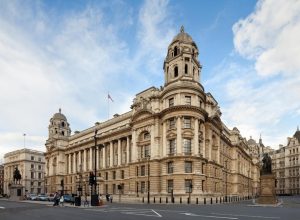 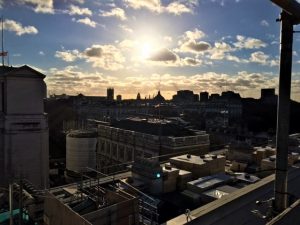 This week Jonathan had the opportunity to explore the splendid development work being carried out at the Old War Office (OWO) on Whitehall, adjacent to the Banqueting House and Horse Guards.

This handsome building has a fascinating history. The OWO was completed in 1906, following reforms implemented by the Esher Committee, which set up an Army Council and General Staff. The vast edifice comprised over 1,000 offices and two-and-a-half miles of corridors. The then Secretary of State for War, Richard Haldane, presided over the new, sprawling organisation and his further reforms, including the creation of a Territorial Force, were administered from these offices (the new development will see the elaborate Haldane Suite [pictured], with its rich panelling, forming part of the apartment complex).

Other notable Secretaries of State for War, who operated from these offices, included HH Asquith, Lord Kitchener, David Lloyd George, Winston Churchill, Lord Halifax, Anthony Eden and John Profumo. The OWO also provided rooms used by members of Britain’s intelligence community, including MI5 and SIS, and their discreet entrance door continues to be known as ‘The Spies Entrance’. The splendid grand staircase, handsome turrets and awesome view of the London skyline [pictured], make this a remarkable site.

In 1964 the War Office was merged with the Admiralty and Air Ministry to form a new Ministry of Defence, which continued to occupy the building until 2007. It was subsequently purchased by the Hinduja Group and OHL Desarrollos and after substantial and careful renovation, the building is being converted into a luxurious Raffles hotel and  apartments.