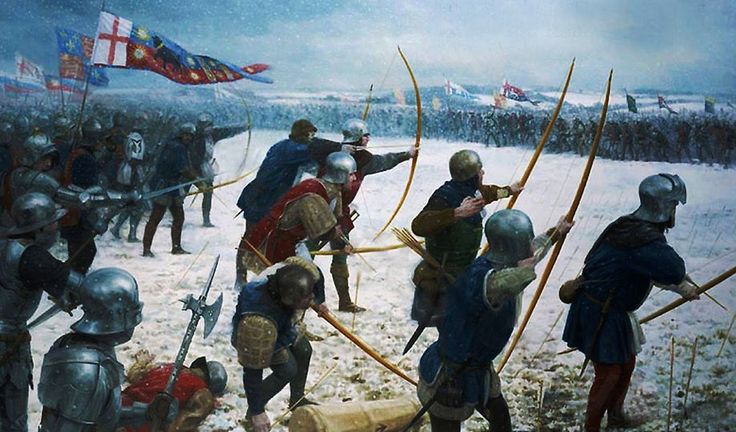 September is an excellent month to discover British battlefields. Most holidaymakers have disappeared and guides or curators have more time to discuss details with visitors and researchers. So Jonathan headed north to take a closer look at some of the battlefields from The Wars of the Roses. First stop was Towton, near Tadcaster in Yorkshire. On Palm Sunday 1461, in a blinding snow storm, the Yorkists defeated the Lancastrians, enabling Edward IV to establish a more solid Yorkist monarchy (though his sovereignty was constantly challenged over the next decade). With an estimated 20,000 – 30,000 deaths, Towton was probably the bloodiest battle fought on English soil. Walking these fields, which remain little changed since 1461, you can appreciate the desperate plight of retreating men-at-arms who were cut down in their thousands as they tried to flee across the swirling waters of the Cock Beck. There are signed paths around the site and some very basic information boards near the battle cross, but there is little to educate the passing visitor (for good background on the battle, do visit the excellent website hosted by the Towton Battlefield Trust). In the graveyard at nearby Saxton church you can see Lord Darcre’s tomb. The unfortunate Lancastrian noble was reputedly killed by an archer hiding in a tree and was buried on top of his horse in the vault. The startling discovery of 40 skeletons from the battle at nearby Towton Hall in 1996 gave the clash some much needed media interest and there are good displays of the period at the Royal Armouries Museum at Leeds.

For a more hands-on experience the history student should visit the battlefield of Bosworth in Leicestershire. Here, in 1485 King Richard III was the last English king to be killed in combat. His death enabled Henry VII to establish the Tudor dynasty. There is an excellent visitor centre at Ambion Hill, which was originally thought to be the site of the battle. But after recent research and the discovery of a quantity of roundshot, it is now thought that the battle was fought some two miles away. Its exact position cannot be verified but the general battle area is unfortunately shielded by trees and cannot be appreciated from the more commanding heights of Ambion Hill….hopefully one day this will change.

Jonathan's thrilling account of Churchill's plan to attack Stalin in 1945, has now been published…

To the British Film Institute (BFI), Southbank for the premiere of the forthcoming BBC1 drama…