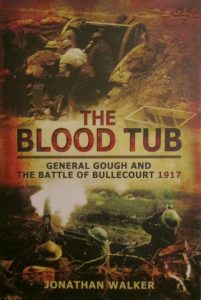 The Blood Tub: General Gough and the Battle of Bullecourt, 1917

In the late Spring of 1917, the Allies were in crisis. Revolution had erupted in Russia and the French Army was on the verge of mutiny. Meanwhile Germany was winning the war in the air and her U-boats menaced the English Channel.

As the Battle of Arras was launched, taking the pressure off the French, General ‘Thruster’ Gough swept up from the south to assault the Siegfried Line and the fortress village of Bullecourt. Despite using the new wonder ‘tank’ and the fearless Anzacs, Gough’s first attack in April ended in disaster and bitter recriminations.

Swift retaliations by the Germans followed at Lagnicourt. But on 3 May, Gough launched a second massive British-Australian attack on Bullecourt.

For the next two weeks, the Battle of Bullecourt dominated British offensive action on the Western Front. Pitted against Stormtroopers and some of the finest units in the German Army, seven British and Australian divisions were sucked in before the battle reached its bloody climax. It was the excessive brutality and ferocity of the hand-to-hand fighting that earned Bullecourt the name ‘Blood Tub’.

Aden Insurgency During the early 1960s the Cold War reached its climax. Britain's dwindling power in the Middle East…

Poland Alone Poland was the 'tripwire' that brought Britain in the Second World War but neither Britain, nor Poland's older…