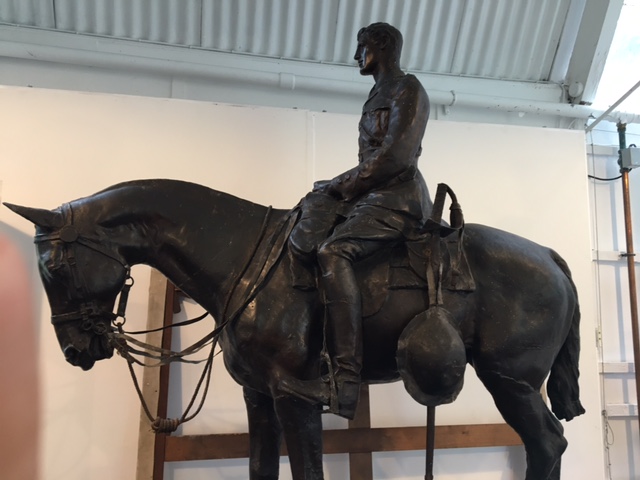 A visit to the house of the equestrian painter and sculptor, Edward Munnings is a delight. Situated in the Dedham Vale on the borders of Suffolk and Essex, Castle House contains a rich collection of his furniture and remarkable paintings. His studio contains a model of the bronze statue he created to commemorate Edward Horner, who was killed in action in November 1917. The original bronze is mounted on top of a Lutyens plinth in Mells Church, near Frome in Somerset, the seat of the Horner family. Edward’s sister Katherine, had married Raymond Asquith, the PM’s son and they were at the heart of society before and during The Great War.

Talk on SOE in Somerset

The Great War. The Fallen from a Devon Parish

Jonathan has just compiled a booklet on 'SALCOMBE REGIS 1914-1918: THE MEN WHO NEVER RETURNED'.…