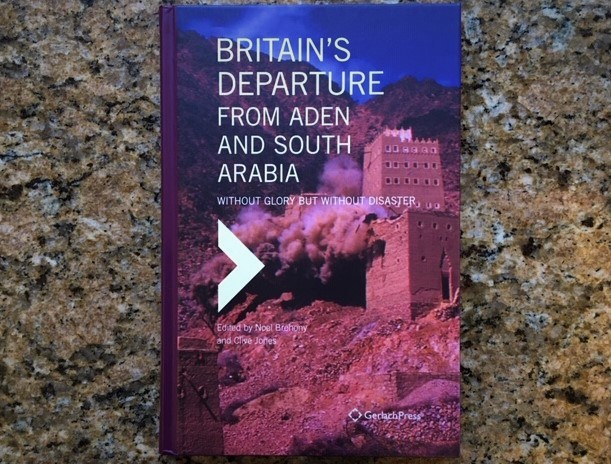 Following on from his contribution to a recent conference on Aden and Yemen, held at RUSI, London, Jonathan was invited to write a chapter for a new study covering the last days and legacy of Britain’s time in South Arabia. Titled Britain’s Departure from Aden and South Arabia – Without Glory but Without Disaster, this new book is edited by Dr Noel Brehony and Professor Clive Jones, and published by Gerlach Press. Jonathan’s chapter deals with the last locally raised  Arab force in the region – The South Arabian Army (SAA) – and he examines their competence, loyalty, and operations covering the final withdrawal of British forces in November 1967.