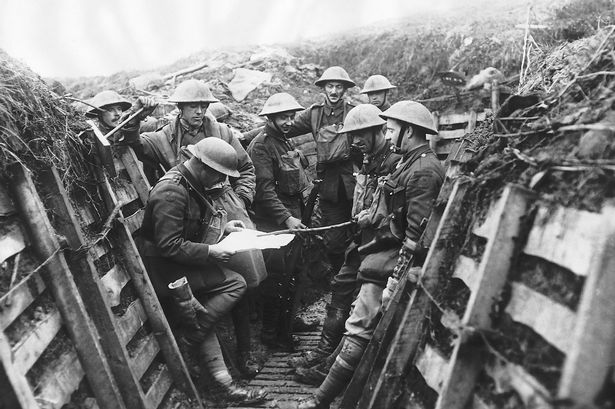 When Jonathan edited a remarkable series of letters from The Great War – Rowland Feilding’s War Letters to a Wife – he never realised how prophetic the officer’s words would be.

After the end of a conflict which saw the death of nearly a million men from Britain and her empire, Feilding reflected on how a crisis for the country enforces a different way of life, which in turn can change people’s priorities – often for the better. Despite the horrors that many endured during the Great War, there were compensations when the worthier side of human nature surfaced:

‘In the trenches the troops had plenty of time for thought, and as the chaplain said the other day, there was a good deal to be said in favour of the old trench life. There were none of the mean haunting fears of poverty there, and the next meal – if you were alive to take it – was as certain as the rising sun. The rations were the same for the ‘haves’ and the ‘have nots’, and the shells fell, without favour, upon both.  In a life where no money passes, the ownership of money counts for nothing. Rich and poor alike stand solely upon their individual merits, without discrimination. You can have no idea, until you have tried it, how much pleasanter life can be under such circumstances. In spite – or partly because of the gloominess of the surroundings – there was an atmosphere of selflessness and a spirit of camaraderie the like of which has probably not been seen before.’

A common adversary can bring out the best qualities in people. And if we’re to support our ‘frontline’ personnel in the current ‘war’ against the corona virus, we’ll certainly need those qualities that Feilding mentioned.