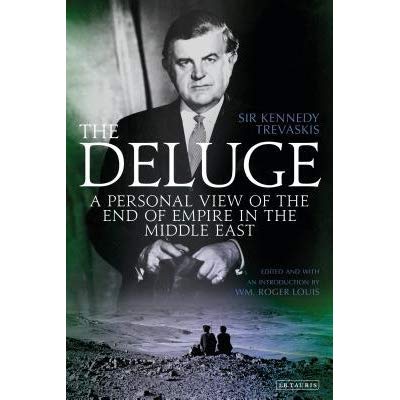 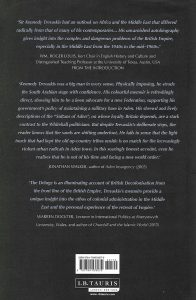 A new book on Yemen has just been published by IB Taurus, titled The Deluge – A Personal View of the End of Empire in the Middle East. The book’s dust jacket contains an endorsement by Jonathan, who was asked to review this memoir of one of Britain’s last High Commissioners of South Arabia. He writes:

‘Kennedy Trevaskis was a big man in every sense. Physically imposing, he strode the South Arabian stage with confidence. His colourful memoir is refreshingly direct, showing him to be a keen advocate for a new Federation, supporting his government’s policy of maintaining a military base in Aden. His shrewd and lively descriptions of the ‘Sultans of Aden’, on whose loyalty Britain depends, are a stark contrast to the Whitehall politicians. But despite Trevaskis’s deliberate steps, the reader knows that the sands are shifting underfoot. He fails to sense that the light touch that had kept the old up-country tribes onside is no match for the increasingly violent urban radicals in Aden town. In this searingly honest account, even he realises that he is out of his time and facing a new world order’.

Talk at The Merchants’ Hall, Bristol

In January, Jonathan was delighted to accept an invitation to deliver a talk at The…