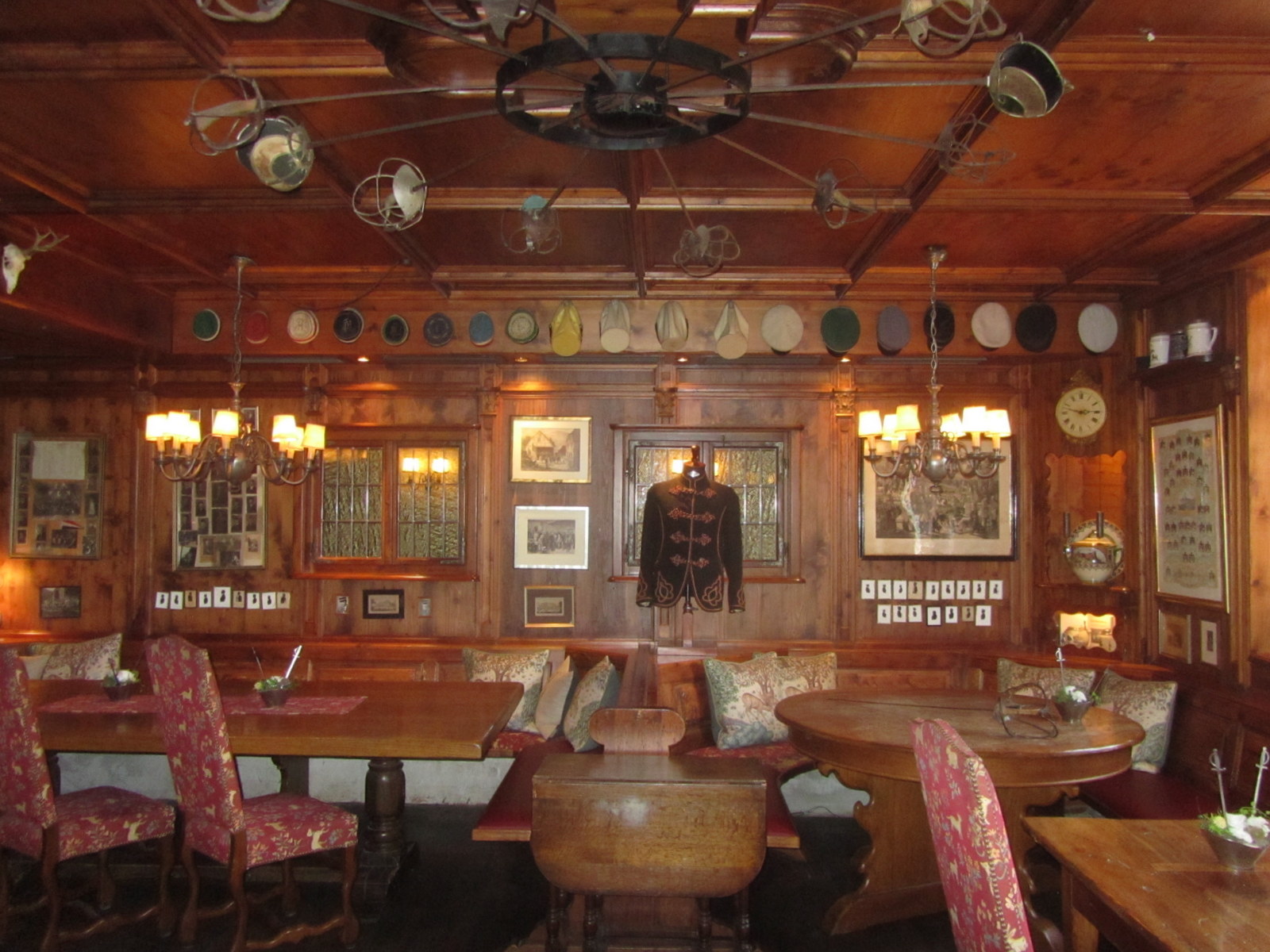 A visit to Heidelberg unearthed a fascinating story of the German Student Corps just before the Great War. Staying at the historic inn, Die Hirschgasse, just across the river from the old town, Jonathan learned about the bloody duelling contests between rival student groups from the old university. His hosts, Ernest and Allison Kraft are experts in the history of this cult sport and reminded Jonathan that it still persists today, but mercifully without the bloodletting. The inn has retained all the old padded fencing costumes and swords (Schlaeger), which seem to be a hybrid of a sabre and an epée. Even the old bar tables remain, covered in the carved signatures of those who took part.

After much hearty singing and drinking the night before, up to six pre-arranged duels would take place the following day between opposing Student Corps. The floor was covered in sawdust, a surgeon appeared in a white coat, seconders called their men out and the contestants appeared. The duellists wore thickened smocks and, apart from goggles, their faces were bare. The winner would be the fencer who had scored the most facial strikes on his opponent and the rounds would only cease when one had suffered a cut through to the bone. After all, to move your head out of the way of a sword stroke would be seen as cowardice. The floor became crimson and the duellists were usually drenched in blood. With such facial scars, the students would proudly walk about town. They were undoubtedly brave, but it was a martial spirit not seen amongst fellow students in Britain, whose esprit de corps fortunately only extended as far as the pub.