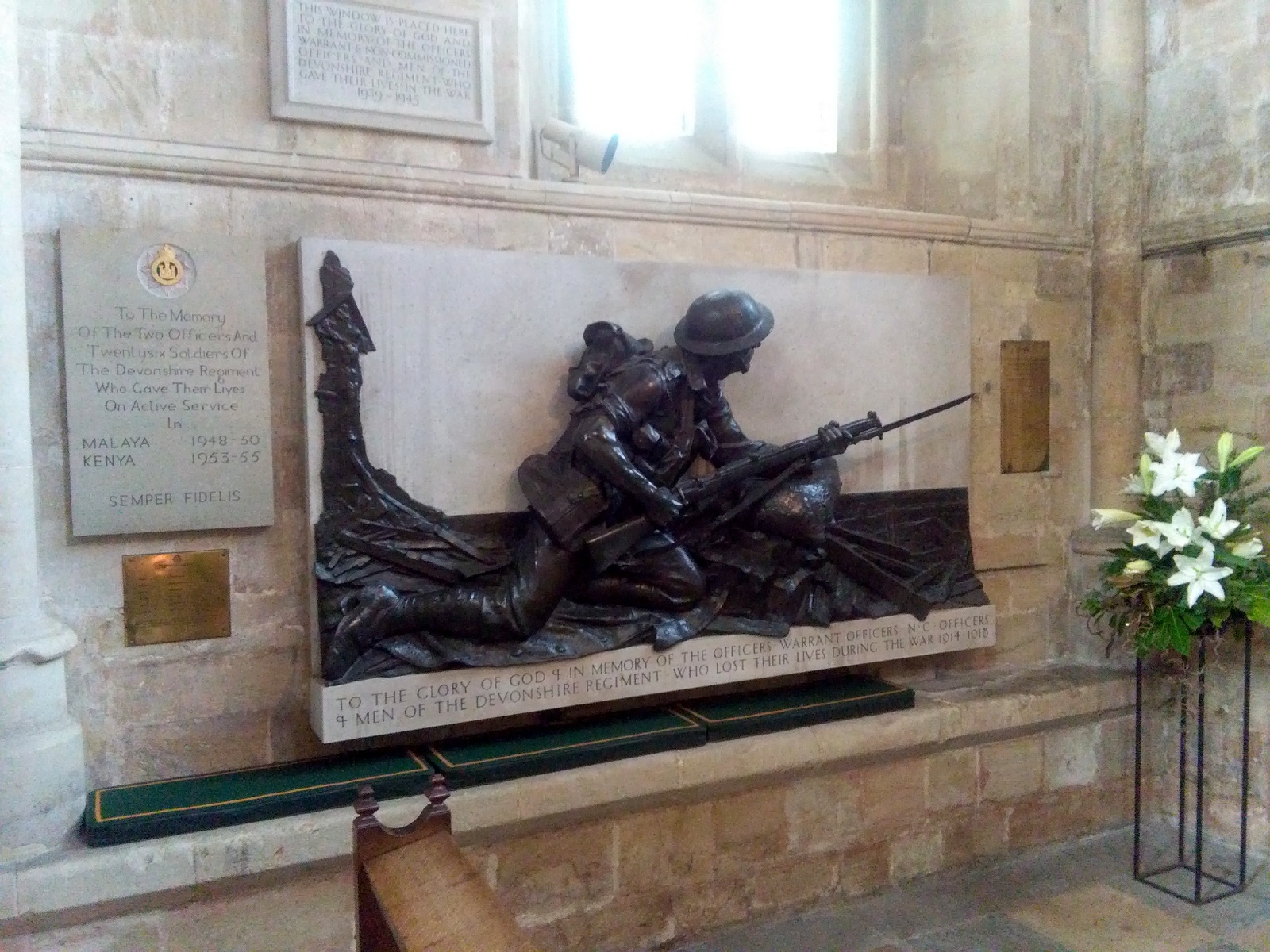 To mark the 100th anniversary of the Great War, Jonathan, together with co-trustee Diane Walker, recently gave a special guided tour of the various memorial bronzes and tablets commemorating people and events from The Great War. They covered several local VC recipients, the role of the Field Ambulance units and the Red Cross, as well as a look at some of the most daring operations of the war, such as the 1918 Zeebrugge Raid. The spectre of Gallipoli reared its head on several of the memorials and the tour looked in detail at the contents of the chapel dedicated to The Devonshire Regiment. It was a fascinating day, enhanced by some of the family memories of those on the tour.

The Great War. The Fallen from a Devon Parish

Jonathan has just compiled a booklet on 'SALCOMBE REGIS 1914-1918: THE MEN WHO NEVER RETURNED'.…