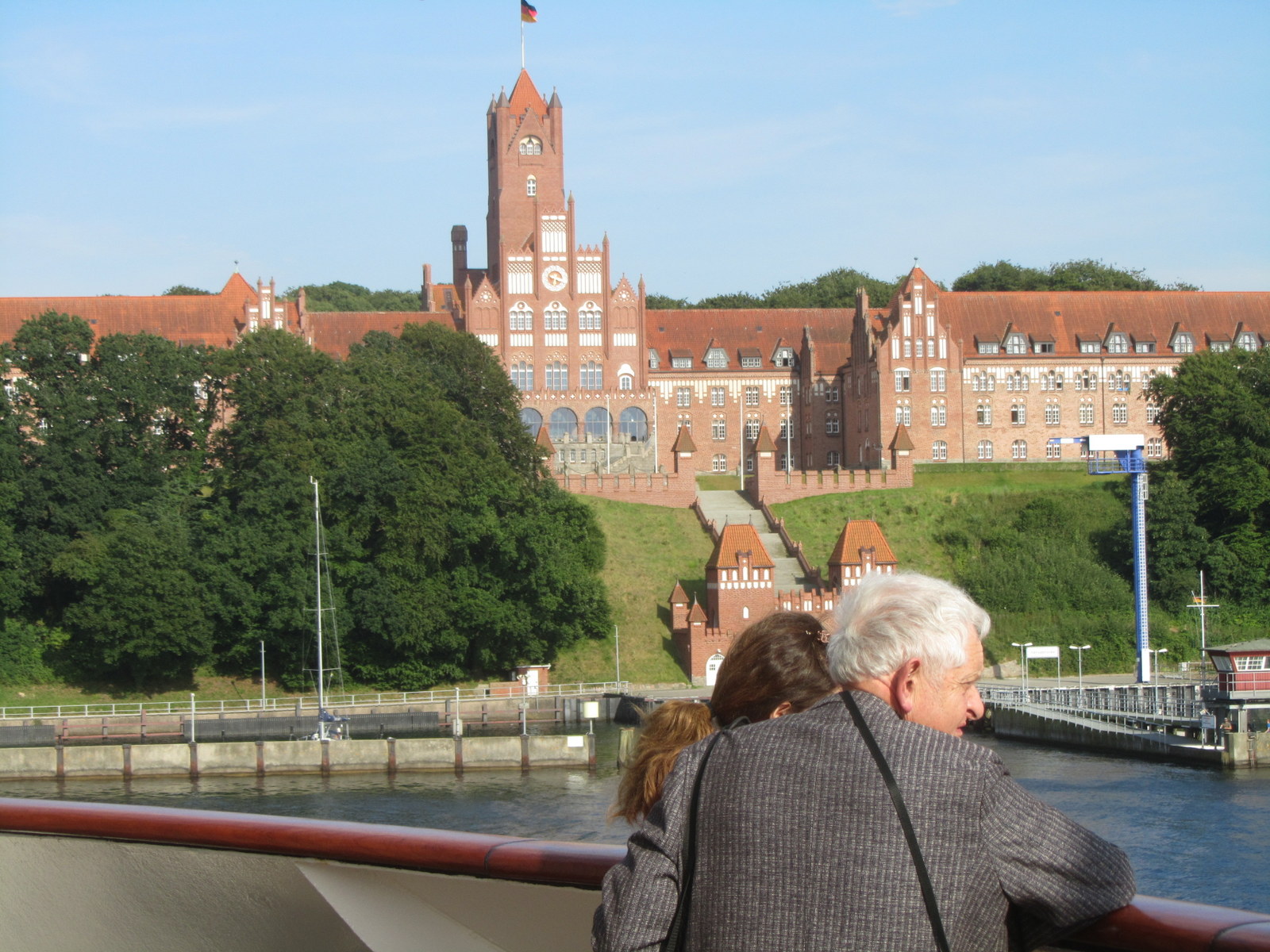 This summer Jonathan was guest lecturer on a cruise ship travelling through the waterways around Denmark and Germany. It’s an often neglected travel area of northern Europe, but these waterways pass through some historic and charming old trading communities, many of which boast Hanseatic League connections. Some of the towns and cities in northern Germany have more recent unhappy memories – Lübeck was the target for a 1942 RAF bombing raid and, in retaliation, Hitler is reputed to have ordered the ‘Baedeker Raids’ on English cathedral cities. The delightful port town of Flensburg also has darker memories. It was the headquarters of the last Nazi Government, which ruled for two weeks after Hitler’s death on 30 April 1945. It is little wonder that the bland buildings that housed the regime in the sports buildings of the Naval Academy are not locally publicized. Other stops included Bremen and Hamburg, which both suffered extensive bomb damage in WWII but have witnessed a regeneration. A fascinating trip.