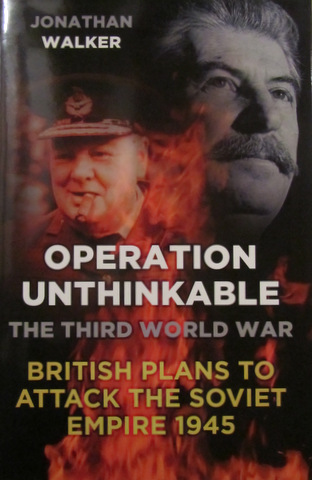 Churchill’s top secret plan to attack the Soviet Empire was scheduled for 1 July 1945. British, US, Polish and German forces were to attempt to liberate East Germany and Poland and bring Stalin back to the conference table. If they did not succeed, Allied forces would be sucked into a Third World War. How close did Britain come to Armageddon in 1945?

Jonathan Walker is the author of Operation Unthinkable: British plans to attack The Soviet Empire 1945. He is a member of the British Commission for Military History. He is also a Vice-President of the West Country Writers’ Association and recently retired as an Honorary Research Associate at the University of Birmingham. He writes, broadcasts and lectures widely on aspects of 20th Century warfare and makes regular visits to battlefields across the world.

ARTE, the European documentary-maker has commissioned this German-language film about the extraordinary life of Sylvin…