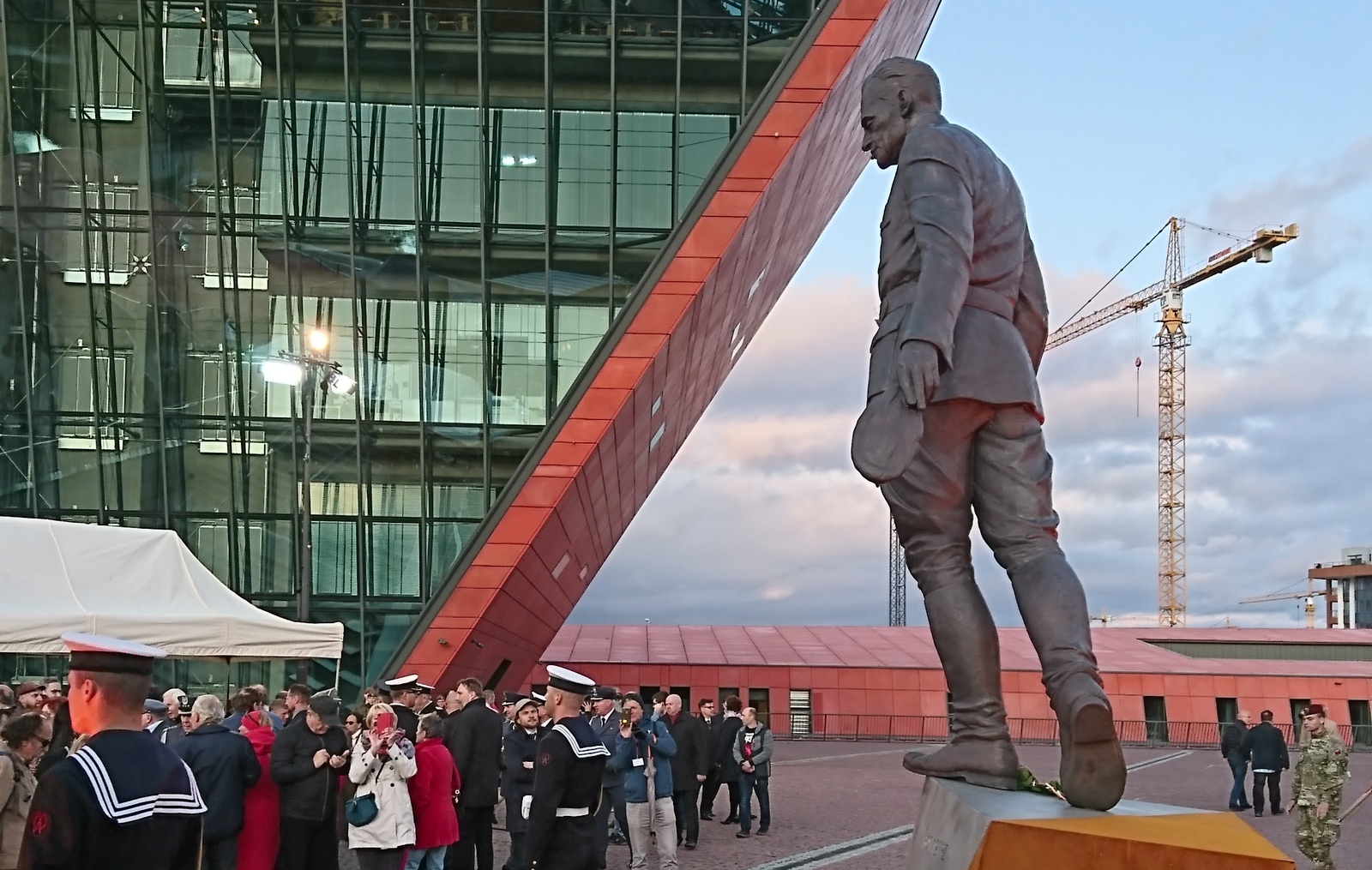 On 17 September 2019, on the 80th anniversary of the Soviet invasion of Poland, a new statue was unveiled in the main square of Gdańsk. It commemorates the remarkable Polish patriot, Withold Pilecki, who is only now becoming more well-known for his bravery during WWII. Originally he was a cavalry subaltern and when Poland was invaded in September 1939 by Germany from the west and the Soviet Union from the east, he fought with his army unit and then helped create units of the underground resistance. In 1940, he heard of the creation of a new brutal Nazi penal camp at Auschwitz, in occupied Poland, where members of the Polish underground together with intelligensia and priests were held. To obtain information about what was happening in the camp, he volunteered to be arrested, so he could be imprisoned there, and report back to the underground on conditions and morale.

Pilecki endured nearly three terrible years in the camp and saw it expand in 1941/2 to include Birkenau extermination camp as well as many other penal sub camps. He witnesses numerous executions and was himself subject to harsh treatment. He even helped establish a resistance network within the camp, which managed to build a clandestine radio, before escaping in 1943. He subsequently fought with the official Polish resistance, The Home Army, before and during the Warsaw Rising in August 1944. Eventually captured by the Germans and imprisoned, he was finally rescued by the Americans at the end of the war. With the post-war Soviet occupation of Poland, he volunteered to return to his home country to observe and report on how the communists were crushing democracy. He was arrested by the Soviet secret police (NKVD) and after a show trial, was executed in 1948. His body was never found.

At the same time as the unveiling of his statue in Gdańsk, the Pilecki Institute was opened in Berlin to further research into the actions and consequences of totalitarian governments in the 20th Century. An initiative of the Polish Government, the centre also commemorates those who acted against, and suffered from, such regimes.

This image of the new statue is shown courtesy of Zofia Milkowska, who attended the unveiling and who is the daughter of celebrated Home Army resistance fighters.