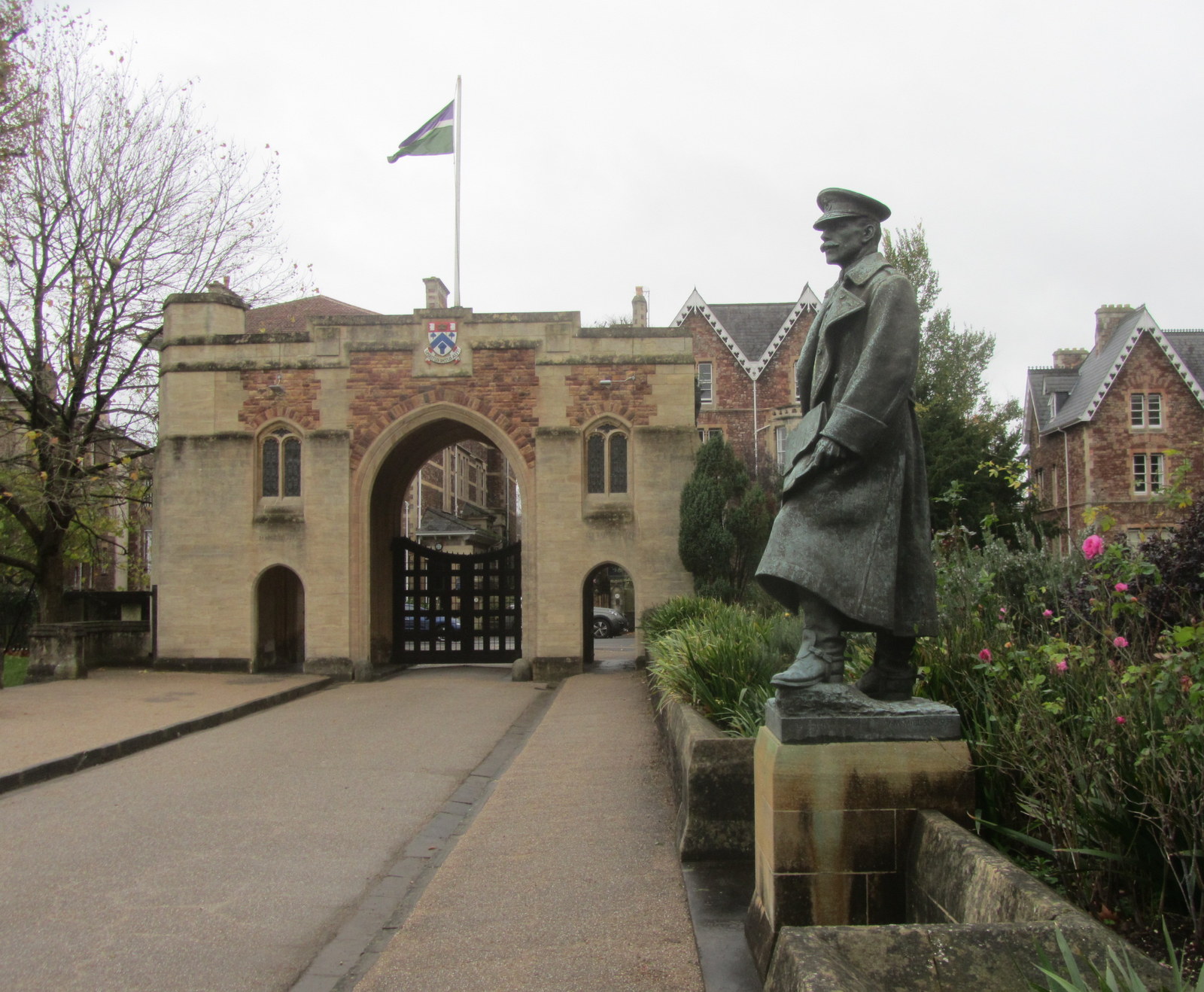 Jonathan was asked by Clifton College to deliver the address for the Remembrance Day service on 11 November. In a moving service conducted by the school chaplain, Rev. Simon Chapman, the large congregation listened to the anthem, Libera me and a reading of Carol Ann Duffy’s poem The Last Post. The Headmaster, Dr Time Greene, then led the observing of the two minute silence, ending with the sounding of Reveille. Rousing hymns and anthems followed. Jonathan then spoke about the importance of the personal stories of the fallen, and that they were young men – no different to the students in the congregation. He recounted the tragic story of the Nott family, who lost all three of their Old Cliftonian sons and that Remembrance Day, by focusing on such terrible sacrifice, can put many of our modern day worries in perspective. He spoke of the losses of non-combatants in the Great War, such as the medical officers and chaplains. Remembrance Day also spotlights the important work of The Royal British Legion and Forces’ charities, which seek to help disabled ex-servicemen. Because of the nature of warfare, service men and women have a strong and unique bond that civilians will always struggle to understand. But the public owes it to them, he stressed, to try and understand the depth of that kinship. A laying of wreaths at the College’s Memorial Arch followed the service.

Jonathan's thrilling account of Churchill's plan to attack Stalin in 1945, has now been published…