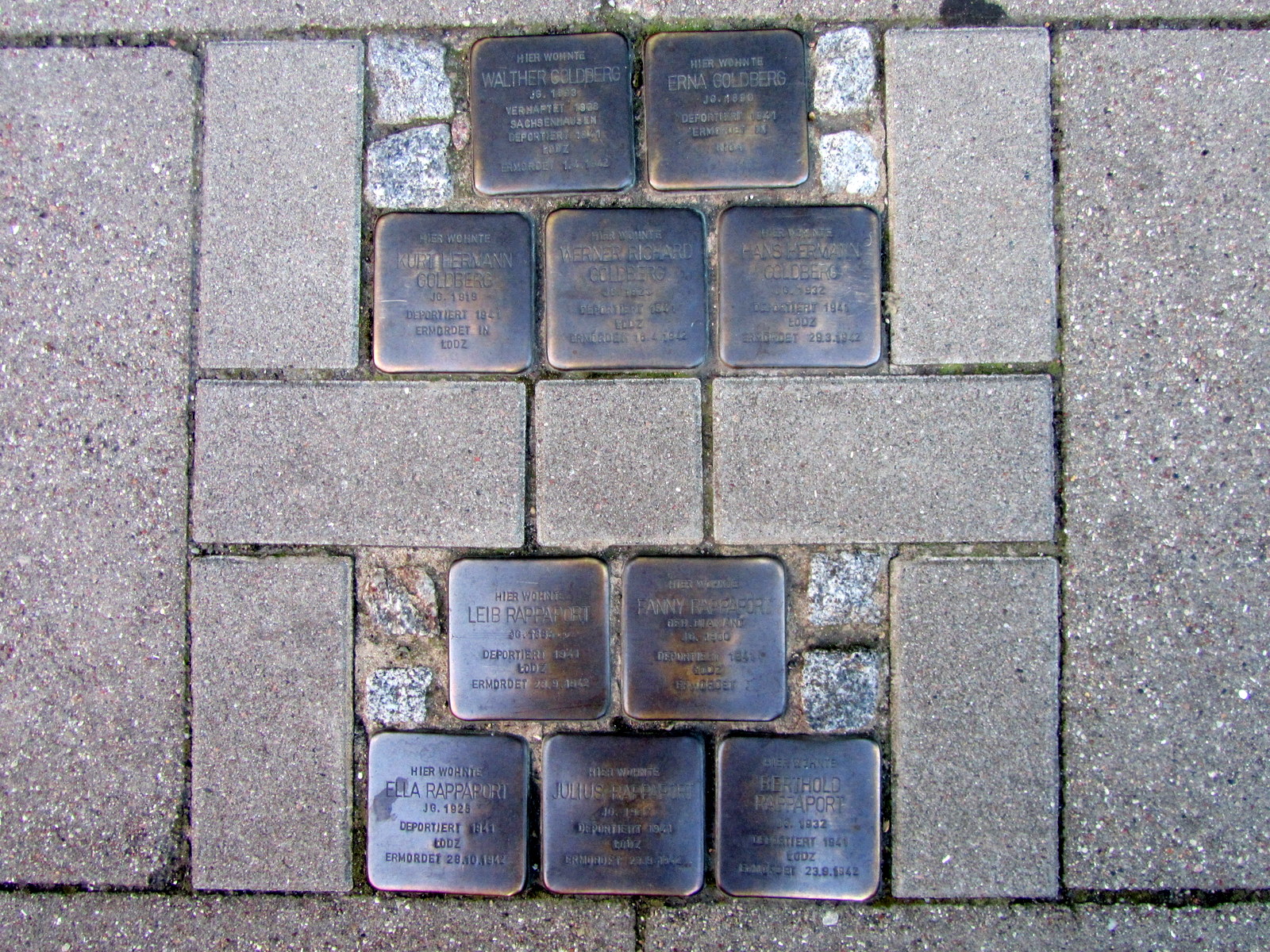 In many north European towns and cities the casual walker will come across apparently random brass cobble stones outside crumbling properties or brand new office blocks. But they are far from random. Take a closer look and you will see that each one contains the name of a former inhabitant of the site, perhaps even a whole family. Details also show the date when these victims of Nazi persecution were rounded up because of their Jewish faith, their politics or their sexual persuasion. Their final known destination, be it transit camp or extermination site, is also shown. The artist, Gunter Demnig has named them  Stolpersteine or ‘stumbling stones’ and although he can never create six million individual memorials, his aim has been to stimulate memory and debate about the Holocaust in the communities where the victims lived.