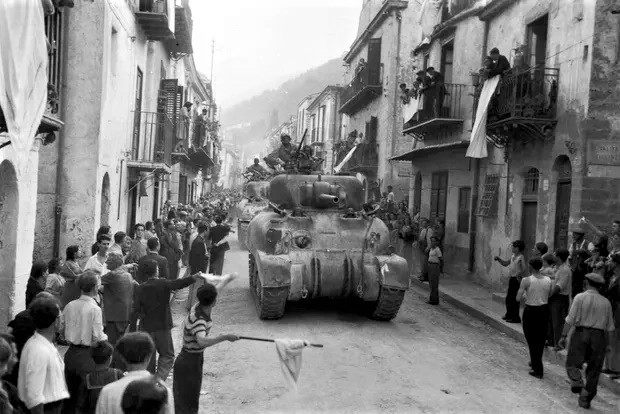 The 1943 invasion of Sicily laid the foundations for the invasion of the Italian mainland and accelerated the collapse of the Mussolini government. In May Jonathan visited Sicily and saw some of the sites of the WWII operations in the south-east of the island. Allied operations also included airborne units, who experienced large losses due to friendly fire. Gliders were released too early off the coast, and crashed into the sea, while Dakota aircraft containing paratroops, were mistakenly shot down by Allied naval gunners. The Commonwealth War Graves cemetery outside Syracuse bears testament to such costly mistakes.